I spent the whole afternoon for this very easy to fix problem. I needed to install the proprietary NVidia driver instead of the open-source one (because Unreal Engine 4 and because DaVinci Resolve, that’s why). However my desktop was utterly useless afterwards because of an obscenely low refresh rate that was literally making my head spin. The horrible screen tearing had nothing to do with the falsely reported 144 Hz refresh rate of my desktop. The open-source Nvidia driver was actually capable of providing this refresh rate, but not the proprietary NVidia one… out of the box.

Worse than all was the fact that this was happening with the latest driver (video-nvidia-455xx) and not many people seemed to have this issue.

After spending an extremely frustrating afternoon, I found the solution: 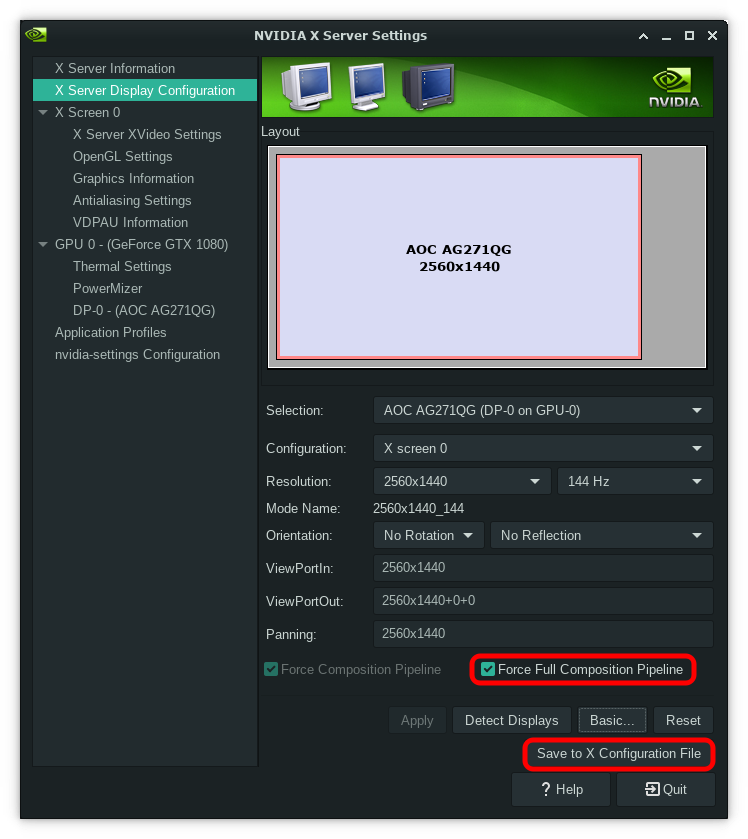 You can either add the following line directly to your nvidia.conf file (at /etc/X11/mhwd.d/nvidia.conf in Manjaro Linux) under the Screen section (adjust the resolution and the refresh rate to your screen’s specs):

Or you can launch nvidia-settings as root (because it needs to be able to write the new settings to nvidia.conf) and enable the “Force Full Composition Pipeline” option.

(Rant: I don’t know what’s worse, the VLC or the NVidia Settings UI…) Voila. The end.

Ever had to set up a new Linux machine (for example your work laptop), and wanted to import the exact same settings that you use on your main (or home) machine? Maybe some data as well? Some steps...

I spent more than an hour on this issue. I just got a Lenovo T14s and my sound card was not detected with alsa-lib 1.2.4-3 on Manjaro Linux. I was getting a “dummy output” in PulseAudio’s Volume Co...

Enabling USB and serial devices in a VirtualBox VM is not straightforward. For reference, the host is a Manjaro Linux machine and the guest OS is a Ubuntu VM. Enable USB 2.0 and USB 3.0 controller...